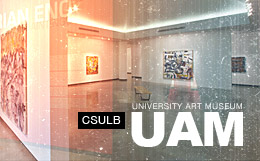 From the mid-20th century onward, the Long Beach-based Frank Bros. emporium was at the forefront of modern furniture sales and marketing in the United States (1938-1982). In its heyday, Frank Bros. was the primary U.S. source for the most coveted mid-century design including Alvar Aalto, Charles and Ray Eames, Van Keppel Green, Bruno Mathsson, Paul McCobb, and Knoll, among others. Frank Bros. also designed the interiors for more than half the Case Study Houses featured in Arts & Architecture magazine, helping define a modernism that was quintessentially Southern Californian.

Frank Bros.: The Store that Modernized Modern draws from the Frank Bros. archive at the Getty Research Institute and the Frank family personal collection, the exhibition will present the company’s arsenal of graphic material, as well as photographic documentation, travel correspondence, and newspaper advertisements.Larger-scale installations of mass-produced and prototypic original furniture and objects will allow visitors to understand the importance of display in a “pre-IKEA” marketplace.

Whether you go or not, the exhibition catalog, Frank Bros: The Store That Modernized Modern, documents the history of a store that changed the way Americans responded to their domestic environment. Using pioneering methodologies and practices such as in-house exhibitions, eye-catching graphic design and a specialised sales force, Frank Bros not only promoted a re-envisioned post-war lifestyle, but also educated the public on the precepts of good design.

Covering the entire history of the store, as well as its lasting legacy, Frank Bros: The Store That Modernized Modern comprises archival material, ephemera, essays and interviews providing a rich complexion of the influence that one store in Long Beach had across an entire country.