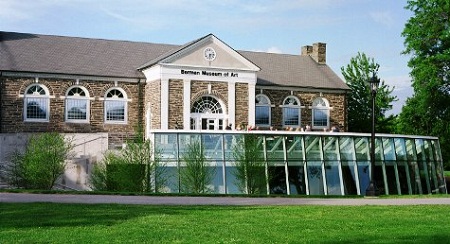 A Stratigraphic Fiction presents a constellation of sculptures, photographs, films, and works on paper from 1970 to the present, all keyed to the underlying hum of recent discussions surrounding the theory of the Anthropocene—the newly coined term for the most recent epoch in geologic time.

As a concept that comes from specialist scientific circles but which has much broader cultural applications, the Anthropocene retains a uniquely speculative nature. Though it has yet to be formally adopted by the geologic field’s various governing bodies, many argue that the profound impact man has made upon the Earth’s crust since the Industrial Revolution leaves little doubt that a significant boundary has been transgressed.

But for now the Anthropocene is just a construct of language—an evocative word, essentially a fiction. As an imagined reality and linguistic turn, the Anthropocene is a space of speculation at the intersection of culture, environment, and language. Like sedimentary rock formations or shifting tectonic plates, the layers of discourse surrounding the Anthropocene are part of a rich and active terrain, one that is already being explored by artists today.