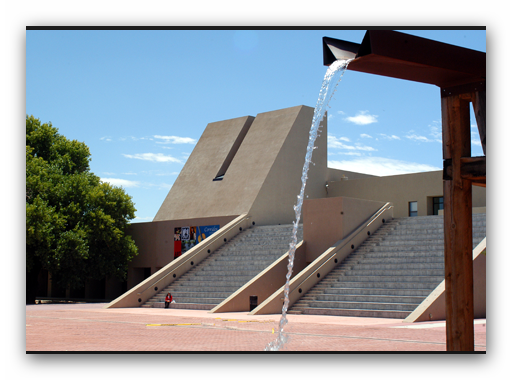 The first part, “Quijotes del celuloide,” displays posters from various movies made about Don Quixote over the years. The second, “Don Quixote Quotes,” comprises universal quotes regarding the influence of Cervantes’ work on English literature. “Back to Barataria,” the third part, is a journey around the southern states in the U.S.,  with pictures of streets and other places with names taken from the novel, and the fourth part is an exhibition of 400 drawings by New Mexico students.