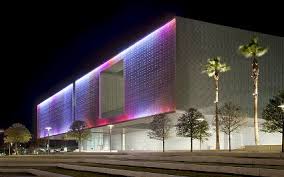 Manuel Carrillo (Mexican, 1906-1989), known as “El Maestro Mexicano,” is celebrated for his intimate photographs of workers, the elderly, and families in his native Mexico. Carrillo captures the kindred relationship between children and animals, with several works depicting the playful and affectionate bonds between humans and their four-legged companions. His black and white images portray empathy and admiration, as well as the everyday beauty of rural communities in post-revolutionary Mexico.

His photos, distinct in their formal composition, focus on the expressions of his subjects and their daily rituals. Surrounding architecture and landscapes, as well as dramatic contrasts in light and shadow, emphasize the narrative aspect of Carrillo’s photographic stories. The exhibition Manuel Carrillo: Mi Querido Mexico (My Beloved Mexico) presents nearly 30 of his photographs captured over a twenty-year period, from the late 1950s through the 1970s. This body of work illustrates Carrillo’s masterful ability to capture the mood of his home country in an era of cultural transformation and an evolving national identity.