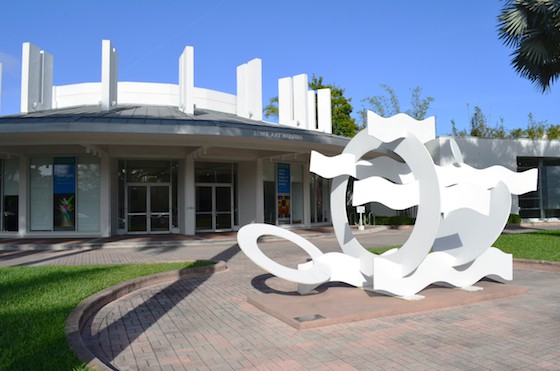 Lowe Art Museum at the University of Miami

In 1962, when Cuba’s National Schools of Art was founded with a stated aim of educational equality, the resulting collapse of societal strata profoundly affected women, who began to practice their métiers alongside their male peers. This situation persists today, when female Cuban artists are routinely recognized—both nationally and internationally—for their work.

The Shelley and Donald Rubin Private Collection of Cuban Art includes works by many of the island-nation’s foremost women artists. Spanning from the 1960s to the present, these works represent a wide range of media and genres. Collectively, they communicate—through a great diversity of artistic voices and expressive means—Cuba’s cultural heritage as well as notions of identity, both individual and collective.

Thus while Antonia Eiriz and Sandra Ceballos represent the flaws and contradictions inherent to Cuba’s political model, Cirenaica Moreira and Aimée García engage with female stereotyping. Similarly, Belkis Ayón and Magdalena Campos-Pons address differences in race and gender by exploring Afro-Cuban religions. Rocío García, on the other hand, explores society’s sexual norms, while Sandra Ramos bears witness to key moments in Cuban history. In doing so, these artists invite us to think critically about the female condition, both locally and globally. They equally remind us of the powerful role art plays in interrogating societal norms and accepted power structures by targeting ideas that address cultural, psychological, sociological, and anthropological aspects of the female condition.