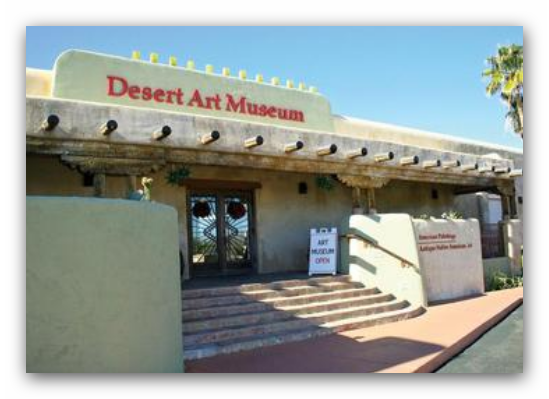 The Museum has produced an original exhibition that examines the federal internment facilities in Arizona. Two of the nation's ten Relocation Centers, Poston and Gila River, were placed on Native American lands in the state. An Isolation Center (for so-called troublemakers) was housed in what was previously a Navajo school in Leupp. A former CCC camp, in the town of Mayer, was used as an Assembly Center, and held internees from exclusion areas in Arizona who were soon sent to Poston. The Tucson Federal Prison Camp, also known as the Catalina Federal Honor Camp, and now the Gordon Hirabayshi Recreation Site, on Mount Lemmon, held the men resisting military service. A near-by guest ranch was used by the government to house officials of the Japanese Embassy in Hawaii, safeguarding these men so they could be traded for Americans captured in Axis countries.

This exhibition also includes photos and details of the Japanese American men and women who served during WWII. The Japanese American soldiers of the 100th infantry, the 442nd battalion, and the Japanese American Military Service (MIS) made invaluable contributions and incredible sacrifices defending a country that denied them and their families their constitutional rights as American citizens. Their patriotism, bravery and loyalty helped mitigate the racists feelings of many in the U.S.