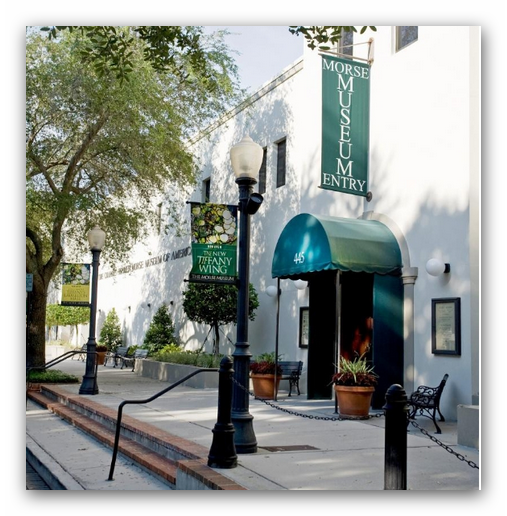 Celebrating 75 Years: Pathways of American Art at the Morse Museum

Approaching the Museum’s 75th anniversary, the Morse celebrates the breadth and depth of the collection assembled by Hugh and Jeannette McKean in this new exhibition. Jeannette (1909–89), granddaughter of Chicago industrialist and Winter Park philanthropist Charles Hosmer Morse, founded the Museum that opened its doors on February 17, 1942. Hugh (1908–95) was its visionary first director. Over five decades, the couple assembled a collection primarily but not exclusively of late 19th– and early 20th–century art.

Though now renowned for works in all mediums by Louis Comfort Tiffany, the McKeans were less interested in “masterpieces” per se than in objects that illustrated important developments in American art. They democratically respected the creativity and unique beauty of all contributions. This exhibition will include objects the McKeans collected to show various paths and byways taken within American art.

Objects on view, for example, will include not only Tiffany art glass made for the wealthy but elegant cast glass for the middle class and iridescent carnival glass that was pressed and sold for pennies to a mass audience. A highlight will be a replication of Hugh McKean’s “Art Machine,” an exhibit at the Morse, c. 1988–95, of Thomas Sully’s 1871 study of a young Queen Victoria with precise instructions on how to view and appreciate the work of art. The show will also include portraits, landscape paintings, works on paper, and pottery—all of which reflect the marvelous diversity of American art.