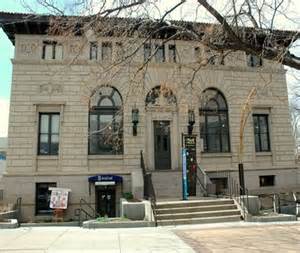 Frida Kahlo: Through the Lens of Nickolas Muray

In May 1931, Muray (1892-1965) traveled to Mexico on vacation where he met Frida Kahlo (1907-1954), a woman he would never forget. The two started a romance that continued on and off for the next 10 years and a friendship that lasted until her death in 1954. Approximately 50 photographic portraits of Kahlo taken by Muray comprise the exhibition. The photographs, dating from 1937 to 1946, explore Muray’s unique perspective; in the 1930s and 1940s he was Frida Kahlo’s friend, lover and confidant. Muray’s photographs bring to light Kahlo’s deep interest in her Mexican heritage, her life and the people with whom she shared close friendship.

Born in Hungary, Nickolas Muray became a successful New York fashion and commercial photographer known for his portraits of celebrities, politicians, socialites and artists. Having experimented with color in his work from early on, he found his most colorful model in Frida Kahlo. Muray was a prolific photographer, his archives containing over 25,000 images. Muray photographed Kahlo more than any of his other subjects. These portraits of Kahlo have made their way into a variety of media and popular culture and are integral to the world’s understanding of who Frida Kahlo was as the individual behind her artwork.

Kahlo was born July 6, 1907, in Coyocoán, Mexico City, Mexico. Considered one of Mexico’s greatest artists, she began painting after she was severely injured in a bus accident. Kahlo later became politically active and married fellow communist artist Diego Rivera in 1929. She exhibited her paintings in Paris and Mexico before her death in 1954.

Whether you go or not, I Will Never Forget You: Frida Kahlo and Nickolas Muray, tells the story of their relationship in image and word, drawing on the pair's poignant correspondence and artistic collaboration to paint a fresh portrait of a most beloved artist. As Frida Kahlo's friend, lover, and confidante, photographer Nickolas Muray continually photographed her over the course of their relationship during the '30s and '40s, creating dozens of iconic portraits. Largely unpublished until now, the images reflect Muray's love of his subject. An early adopter of color photography, he could hardly have wished for a more vibrant and compelling model. Having made self-portrait the key topic of her existential paintings, Kahlo staged herself before Muray's camera with the same virtuosity she brought to bear on her own paintings in traditional costumes, heavy jewelry, and hairstyles replete with flowers and the portraits became a joint endeavor tantamount to a record of performance art.