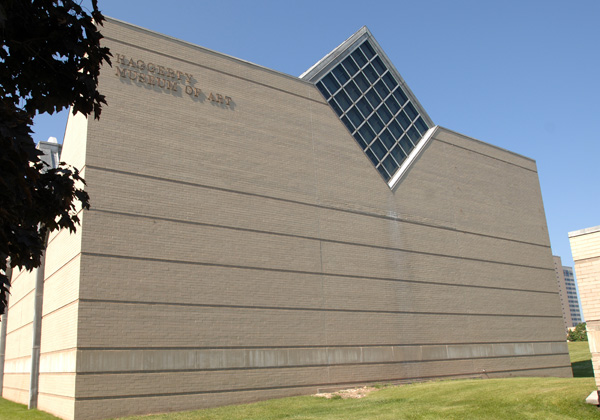 This exhibition of a small selection of prints from George Rouault’s Miserere (Mercy) series draws attention to the artist’s recurring use of medieval symbolism and devotional imagery.

Whether you go or not, This Anguished World of Shadows: George Rouault's Miserere et Guerre, presents the haunting impressions in Georges Rouault’s Miserere print series, originally titled Miserere et Guerre (“Have mercy,” a quotation from Psalm 51, and “War”). This portfolio was initially commissioned in 1914, but remained unpublished until 1948, by which time Rouault had witnessed the immense destruction of World Wars I and II, and with them, the complete transformation of the European landscape.

This Anguished World of Shadows: Georges Rouault’s Miserere et Guerre presents all fifty-eight prints from the series, offering a close look at this artist’s poignant commentary on the hardships of war and the promise of redemption. Rendered with thick black outlines and diffused gray tonalities that evoke the smoke and darkness of a world destroyed, the Miserere prints simultaneously have the luminescence of stained glass, hinting of light breaking through darkness. While sombre, the prints also carry the message of hope for renewal and rebirth, for as Rouault knew well, behind every shadow is a source of light.

Of the 450 editions of the Miserere originally printed, only a limited number remain intact; the series featured in this volume, is a generous loan from a private collector. This new colour catalogue features over seventy images, including all fifty-eight plates from the Miserere. The catalogue features contributions from MOBIA’s curatorial staff, including an essay on Rouault’s printmaking techniques by Dolores DeStefano and a bibliography