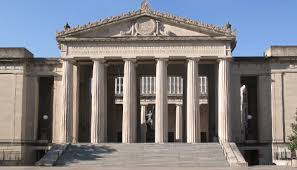 Through Appalachian Eyes: The Fine Art Photography of Benjamin Walls

Benjamin Walls is a self-taught fine art photographer who has been winning awards for his work since early in his career. Now 36 years old, Walls has shown his work at some of the world’s most distinguished institutions, including the Smithsonian in Washington D.C. and London’s Natural History Museum. [...]

At the age of 17, Walls took an 11-day-hike through the Great Smoky Mountains National Park that changed his life. His father dropped him off at the trailhead and Walls trekked through some of the wildest and most beautiful sections of the Southern Appalachians. As he hiked, Walls took numerous photographs of the grand vistas that inspired him. He was fascinated by the diversity and beauty of life in the forests but when he returned home and developed his film, he was dissatisfied. Though his first efforts were disappointing, he pressed on. He returned to the wilderness again and again to practice, experiment, and hone his skills. Using his native Appalachian environment, he began to refine his process until he produced images that translated his own experiences accurately for others.

What he accomplished in Appalachia inspired Walls to push both geographic and artistic boundaries. His passion for preserving wildness required that he have frequent access to it. So he became a voracious traveler. His first international trip was a study-abroad experience in Australia which gave him new ground to cover, both literally and artistically. During his semester at the University of the Southern Cross, Walls took every possible opportunity to hike and camp, capturing images that reflected his new passion for wilderness. He returned home with a drive to travel across the United States and the world, experiencing new environments and creating art that reflected his expanding creative abilities.

Walls’ art has a rare depth and breadth, according to Museum Director Lois Riggins-Ezzell. Some of his images focus on the smallest details: like shimmering ripples on the surface of a Western river, or a stunning mosaic of autumn leaves from the Appalachian forest. Others show the grandeur of nature on a large scale: waves crashing against huge cliffs on the Australian coastline, or the vast beauty and open horizon of the African Serengeti.

The textures and colors that appear in Benjamin’s work are the very ones that he has seen as the shutter clicked. He works mostly with medium and large format film, but even with his digital exposures, Walls presents each piece the way that it would have appeared as a film exposure – free from combined imagery, digital insertions, or other manipulations. He says that each piece is the product of extensive preliminary research, technical prowess, and artistic vision. Every stroke of “luck” in an image is evidence of his willingness to endure discomfort, and sometimes even danger, in order to visit the wildest locations he can find. He says his pictures also reflect the infinite patience required to sit and wait until weather and light are in perfect combination. Whether his subject is wildlife or landscape or abstraction, Walls’ says his art is a call not only to admire, but to act. His creative mission is meant to energize and inspire others by reconnecting them with nature and spurring them to take action in preserving and protecting the world’s natural heritage.