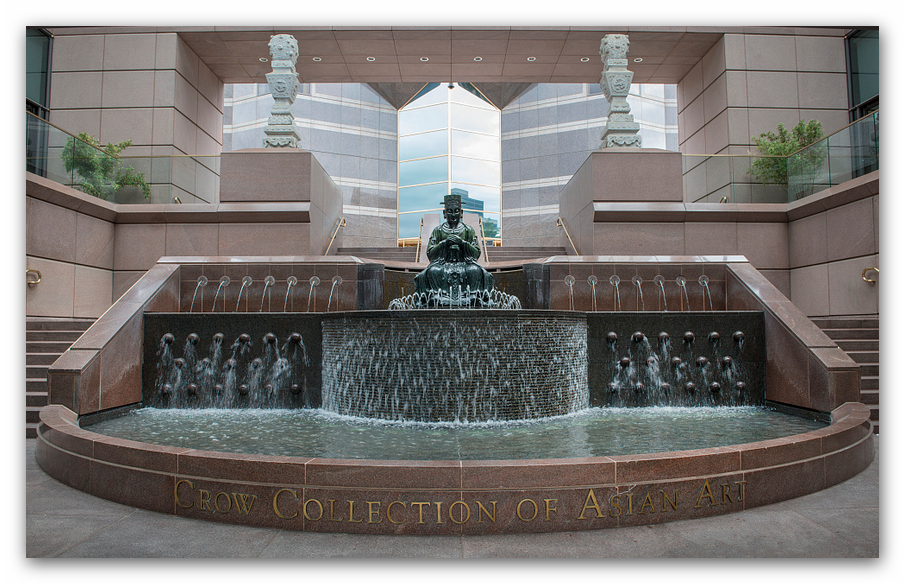 This exhibition presents a selection of choice works from the Museum’s permanent collection of art from India, focusing on a few significant time periods and geographic areas.

The exhibition’s earliest period of focus is Gandhara, part of the overland trade routes that linked the Hellenistic world that blended Near Eastern and classical Greek cultures, with Central Asia, India and China. Buddhist sculpture, like the museum’s head of a Bodhisattva carved in gray schist, and architectural reliefs from the 1st through 7th centuries CE incorporated styles from classical Greece and Rome. This early cosmopolitanism that later traveled to China, Japan, and Korea, as well as other parts of India.

The northeastern Pala empire (8th – 12th centuries) in what is today Jarkhand, Bihar, West Bengal, and Bangladesh, was one of the last strongholds of Buddhism in India. This region was the home of many important pilgrimage sites and monastic study centers, and much Pala sculpture relates to classical themes of the life of the Buddha as seen in the Crow Collection’s stele of the Shakyamuni Buddha Preaching. In the later Pala period, the sculpture of Hinduism was created with similar stylistic treatment. Not surprisingly, small stele sculptures were common to both religious traditions, as temples were constructed out of brick, adorned with freestanding sculpture that fit into wall niches.  [...]

The art of the Mughal period (16th – 19th centuries) reflects the refinement of life at the emperors’ courts as well as the diversity of Indian folk art that thrived outside of the courts. There was also local patronage of religious art of Hinduism and Jainism that existed in parallel with the rulers’ Islamic faith. Ceremonial daggers like those in the Crow Collection were important parts of ceremonial adornment at the Mughal court. Realistic animal imagery carved into bejeweled dagger hilts is an example of the influence of Indian sculpture like the Museum’s exuberant, brightly painted horse sculpture from Pondicherry, a Tamil region under French rule. [...]