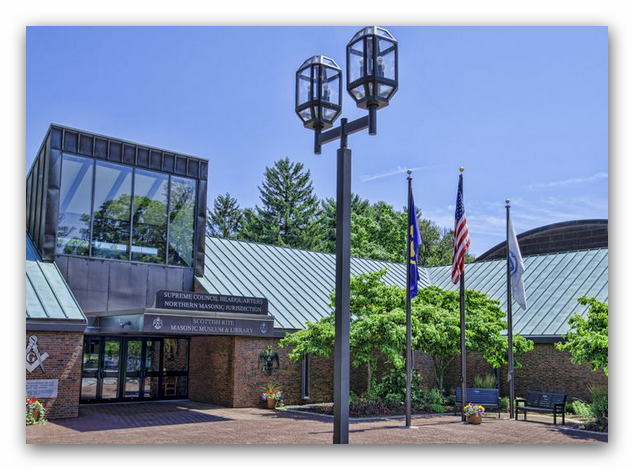 Between 1865 and 1900, more than 235 fraternal organizations were established, comprised of nearly six million members. From 1870 to 1910, lodge participation played a large part in American life, with one in every five American men belonging to one or more fraternal societies. Most of these groups communicated their ideas and symbols through ritual. Regalia, including fraternal aprons and costumes worn to portray kings, knights, and other figures formed an integral component to some fraternal orders’ more elaborate degree rituals.

Following the end of the American Civil War, regalia companies marketed and sold their factory-made regalia and supplies to fraternal lodges throughout the United States by distributing illustrated catalogs. These mail order catalogs sold everything necessary to furnish a lodge, including regalia, furniture, minute books, and jewels. Costumes for some characters portrayed in fraternal degrees could be purchased in an array of styles and prices.

To make their products as attractive as possible, manufacturers produced catalogs illustrated by drawings, engravings, and photographs. Today, regalia catalogs can be used by researchers and curators to visualize fraternal lodges and even help identify historical regalia in the collection of the Scottish Rite Masonic Museum & Library. For everyone, regalia catalogs are a visually sumptuous step back in time.