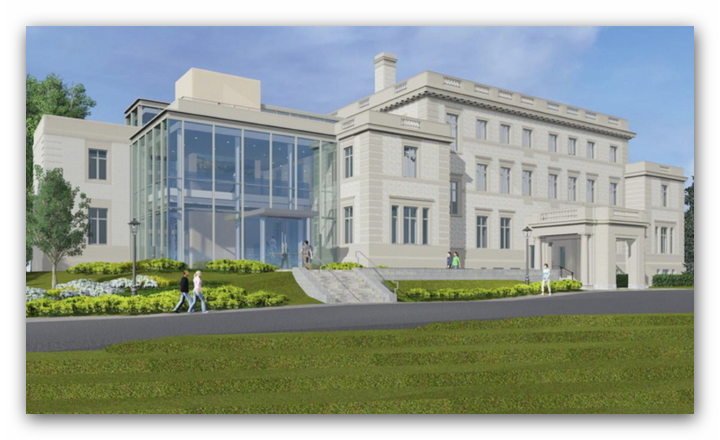 The Arts and Crafts Movement: Making It Irish

During a year of commemoration of the 1916 Easter Rising, this exhibition offers the first comprehensive examination of the Irish Art and Crafts movement. Like the more familiar Irish Literary Revival, Arts and Crafts practice accompanied and shaped the visual imagination of the country’s transformation from colony to independent nation. As its centerpiece, the exhibition introduces dazzling early medieval-influenced metalwork and embroidered textiles from the Honan Chapel, Cork. The collection of this ideologically charged masterpiece of Arts and Crafts achievement, consecrated in 1916, has never before traveled beyond Cork.

The exhibition also features Wilhelmina Geddes’s and Harry Clarke’s stained glass panels that evoke a Celtic and early Christian past, but gesture toward the innovative modernism characterizing the Literary Revival. Other objects on display include handcrafted furniture and metalwork, carpets and wall hangings, and jewelry replicating early medieval metalwork. They illustrate both the widespread popular dissemination of Revivalist motifs and the philanthropic promotion of handicraft industries that initiated the Arts and Crafts movement in Ireland.

Major lenders include the National Museum of Ireland, National College of Art and Design, Crawford Art Gallery, National Library of Ireland, the Board of Governors of the Honan Chapel, Ulster Museum, and international private collectors.

Whether you go or not, the exhibition catalog, The Arts and Crafts Movement: Making It Irish,  offers the first comprehensive look at the Irish dimension of the international Arts and Crafts movement, and celebrates the centenary of one of Ireland’s major twentieth-century Arts and Crafts achievements, the Honan Chapel in Cork City, consecrated in 1916 in a period of tumultuous political change. In cross-disciplinary explorations of over 150 ecclesiastical, domestic, and politically charged objects created between 1885 and 1930, Irish and North American contributors place the Irish Arts and Crafts movement within the contexts of early Christian Irish art, nationalism, feminism, Celtic Revivalism, and modernism. Including illustrated essays by noted scholars, The Arts and Crafts Movement: Making It Irish demonstrates how extraordinary cultural innovation emerged as Ireland struggled to create new identities and reimagine its national culture during an increasingly volatile time in European history.