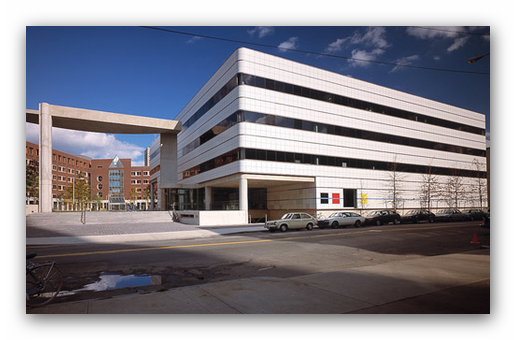 Andrea Crespo (b. 1993, Miami, lives and works in Brooklyn, New York) takes their own neurological embodiment as a point of inquiry as well as departure for their work in video, drawing, and sculpture. Crespo connects their own personal narratives with computational network culture and the medical sciences, as well as to institutional apparatuses of control and surveillance. The exhibition at the List Center engages with autism as an embodied and a sociocultural entity.

The hour-long, animated film [intensifies] (2016) narrates the atypical development of Alan, a fictional young autistic male, from the first-person perspective. Alan is subjected to a range of tests and trials, manifest in terms associated with terror and alienation. He follows the circulation of autism discourse, which proliferates across satirical internet memes, and is constructed in terms of crisis and epidemic in mainstream media.

Accompanying the film are Crespo’s drawings that depict Alan’s machinic fantasies and experience of his world—one often stereotyped as cold, dead, and inhuman—in his images of transportation, warfare, and terror. Alan ultimately finds solace among the very machines which are often used as metaphors for the autistic body while simultaneously thinking of himself as little else but faulty hardware to be repaired.