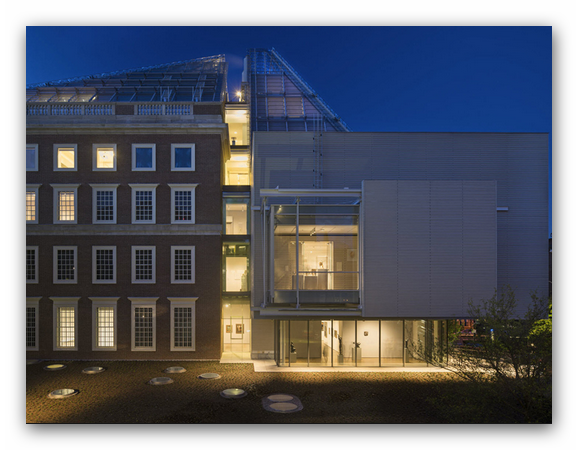 Drawings from the Age of Bruegel, Rubens, and Rembrandt

The Harvard Art Museums hold one of the most comprehensive U.S. collections of Netherlandish, Dutch, and Flemish drawings from the 15th to 18th century. This exhibition will present about 40 of those drawings, covering five salient themes in the art history of the Netherlands during the 16th and 17th centuries. Works by the period’s outstanding draftsmen will be on view, including Pieter Bruegel the Elder, Lambert Doomer, Jacques de Gheyn II, Hendrick Goltzius, Jan van Goyen, Maarten van Heemskerck, Rembrandt van Rijn, Peter Paul Rubens, and Cornelis Vroom.

The first section, comprised of drawings from the 1500s, highlights the stylistic innovations precipitated by contact with Italian Renaissance models. A second group evokes the imagery propagated by a resurgent Catholic church in the southern Netherlands after the division of the Low Countries into an independent and officially Protestant North (the Dutch Republic) and a Catholic South ruled by regents of the Spanish monarchy. A third group shows the range of subjects and techniques explored in the drawings of Rembrandt and the adaptation of his draftsmanship by some of his pupils and close followers. The emergence of landscape as an autonomous artistic genre is the focus of the fourth section, which includes works by 16th-century precursors of the naturalistic landscape and illustrates several of the types of views depicted by Dutch 17th-century masters. Dutch draftsmen of the 17th century also helped turn portraits and scenes from everyday life into autonomous artistic genres of remarkable variety and sophistication. Drawings in the final section range from poignant studies taken from life to complete compositions rife with humor and layers of meaning that would have delighted and challenged viewers of the period.

This exhibition corresponds to the publication of Drawings from the Age of Bruegel, Rubens, and Rembrandt, which catalogues 100 of the most significant 16th- to 18th-century works from the Netherlandish, Dutch, and Flemish schools in the museums’ collections. The catalogue presents the results of extensive research conducted by William W. Robinson, curator emeritus of drawings; Susan Anderson, curatorial research associate for Dutch and Flemish drawings; and Penley Knipe, the Philip and Lynn Straus Conservator of Works of Art on Paper in the Straus Center for Conservation and Technical Studies. It focuses on the media, supports, techniques, attribution, function, provenance, and iconographic interpretation of these works.

Whether you go or not, the companion publication, Drawings from the Age of Bruegel, Rubens, and Rembrandt: Highlights from the Collection of the Harvard Art Museums, presents 100 notable examples from the Harvard Art Museums’ distinguished collection of Dutch, Flemish, and Netherlandish drawings from the 16th to 18th century. Featuring such masters as Pieter Bruegel the Elder, Peter Paul Rubens, and Rembrandt van Rijn, the volume showcases beautiful color illustrations accompanied by insightful commentary on prevalent styles and techniques. Genres that define this artistic period—landscape, scenes of everyday life, portraiture, and still life—are explored in detail. The book also presents the results of new conservation and technical study, including infrared analysis and scientific examinations of drawing materials. This revelatory new research has allowed previously illegible underdrawings and inscriptions in many of the artworks to surface for the first time, shedding light on longstanding mysteries of production and provenance.