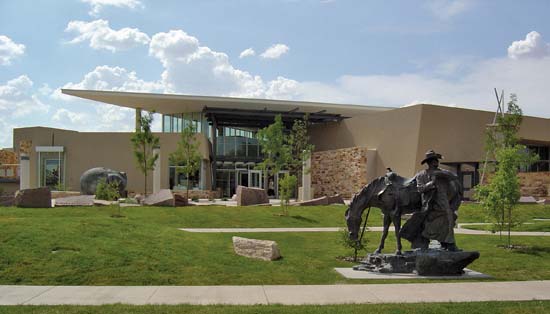 Ortiz’s Revolt storyline transports the viewer back more than 300 years to the historical events of the 1680 Pueblo Revolt, and then hurtles forward through time to the year of 2180, introducing a cast of characters along the way. Though the narrative will be largely based on the Revolt 1680/2180 storyline that the artist has been developing for some time, Revolution will focus on the force and fierceness of the Animals: Nevid Herd, Dogs of War, and Centaurus. Set in the future of 2180, the Animals come to the aid of the main Revolt characters: Po’Pay, Translator, Tahu, Aeronauts, Runners, and Gliders to fight their common enemy, the Castilians.

Hailing from a family of celebrated Pueblo potters, Virgil Ortiz moves into a new era combining art, fashion, video, and film at lightning speed. Ortiz, who works and lives in Cochiti Pueblo, New Mexico, is one of the most innovative potters of his time.