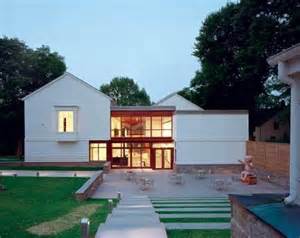 Peter Liversidge Proposals for The Aldrich…

For the past decade, Peter Liversidge’s practice has focused on the creation of conceptually based proposals that describe artworks that might—or might not—be realized. Typed on an Olivetti manual typewriter, these proposals—complete with typographical errors and hand annotations—describe ideas from the practical to the far-fetched. Liversidge wrote sixty proposals for The Aldrich (all of the typescripts are included in the exhibition), and twenty-three have been chosen for realization, guided by the concept of connecting the interior of The Aldrich Museum with both the surrounding landscape and the community. These include (...) ring a cannonball into the Museum’s wall in reference to the action during the Revolutionary War that led to a British cannonball being embedded in the wall of the Keeler Tavern, Ridgefield’s Colonial-era historical site; and the fabrication of nine shallow, circular aluminum pans whose relative sizes correspond to the nine largest lakes in Connecticut, with the pans being subsequently filled with water from the specific lakes.

Liversidge’s way of working echoes some forms of conceptual art from the 1960s and 1970s in that the realization of his ideas is open to interpretation by others. He doesn’t confine his thought process to a limited range of media; rather, he allows his imagination free rein, believing that art can be made from almost any raw material or utilize almost any human activity. His physical works are usually created by simple, transitory actions; his performative works commonly utilize people who don’t think of themselves as performers.

The artist sees his proposals as gentle invitations, not explicit instructions—which is different from most art that is based on written directives—and the realization of a specific proposal is always open to negotiation, a fact that reveals his interest in expanding conventional notions of authorship. He is just as interested in the proposals that are not realized, as they are ready to be brought to life in the imagination of each reader. Liversidge’s work stands as a reminder that the execution of a simple idea can result in anything but a simple outcome.