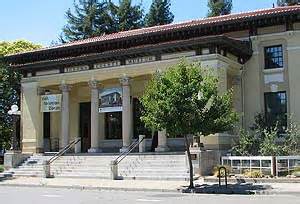 TOM HOLLAND: Five Decades of Art is the first major retrospective of Holland’s career and features approximately fifty pieces dating from the 1950s to 2016. Holland’s unique style utilizes simple materials like fiberglass and aluminum and a lustrous application of epoxy paint to achieve depth, light, reflection and shadow.

Except for a period where he taught at UCLA with Richard Diebenkorn in the 1970s, Holland has been a major presence in the world of Bay Area art for the past forty years. He has shown steadily with galleries including Smith Anderson, Hansen Fuller and Berggruen for more than two decades. As a young artist, he worked at the Richmond Art Center. Holland taught at the San Francisco Art Institute and UC Berkeley.

His work was featured in Thomas Albright’s influential book Art in the San Francisco Bay Area, 1945-1980: An Illustrated History and Holland was included in major Bay Area exhibitions in New York (Whitney and MOMA) in the 1970s and 80s, and in Los Angeles (LAMCMA) and Minneapolis (Walker).

Whether you go or not, with an uncanny touch and rare intelligence, Art in the San Francisco Bay Area, 1945-1980: An Illustrated History  brings form and meaning to the era of Bay Area art in which Holland was a prominent figure.