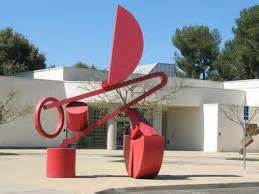 Born in Changchun, China in 1948 and raised during the Maoist regime, Hung Liu studied mural painting at the Central Academy of Fine Art in Beijing before immigrating to the United States in 1984 to attend the University of California, San Diego.

As a painter, Liu challenges the documentary authority of historical Chinese photographs by subjecting them to the more reflective process of painting. Her paintings utilize prostitutes, refugees, street performers, soldiers, laborers, and prisoners as subjects, reinventing the moments captured through a lens and simultaneously acknowledging the passing of time and breathing new life into faded memories. Much of the meaning of Liu’s painting comes from the way the washes and drips dissolve the documentary images, suggesting the passage of memory into history. Washing her subjects in veils of dripping linseed oil, she both “preserves and destroys the image.”

A two-time recipient of a National Endowment for the Arts Fellowship in painting, Liu’s works have been exhibited extensively and collected by many institutions including the San Francisco Museum of Modern Art; the Whitney Museum of American Art, New York; the Metropolitan Museum of Art, New York; and the National Gallery of Art, Washington D.C. She is a Professor Emerita at Mills College, where she has taught since 1990. The Fresno Art Museum is very proud to present Hung Liu as the Council of 100 Distinguished Woman Artist of 2016.