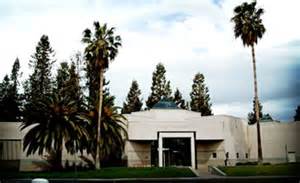 Classicism, that is the Humanistic art that originated in ancient Greece, which was subsequently embraced by Rome, would continue to find expression throughout later ages, including Renaissance Italy and Neoclassical France. It has again, in the 20th and 21st Centuries, found great practitioners in artists seeking to explore and express the ideals of humanity.

So it is with David Ligare, one of the most celebrated contemporary Neoclassical artists of our day. Classical structures and landscapes set the scenes for modern idealizations, figures channeling the ancient depictions of gods and goddesses, scholars and peasants, and the philosophies that ties us all together. David Ligare: Claifornia Classicist is a feast for the eyes and for the mind. It is history made new, and humanity made whole.

Whether you go or not, David Ligare: California Classicist, evinces Ligare's admiration for the ancients and his love of California through revelatory essays, a chronology, and more than 200 reproductions and photographs. A painter of figures, landscapes, architectural subjects, and still lifes, David Ligare (born 1945), expands the realist tradition through the very unreality of his art. Since the late 1970s, he has used his considerable technical skills and historical knowledge to create perfectly ordered Classical paintings influenced and informed by the ancient Greeks. At a time when few artists shared these interests or concerns, Ligare sought to make the ideas of antiquity relevant in today's world, hoping to spark a renewed desire for knowledge and offering paradigms of moral choice.