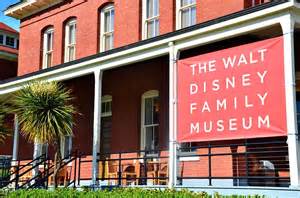 Mel Shaw: An Animator on Horseback

The Walt Disney Family Museum is pleased to present Mel Shaw: An Animator on Horseback, the first-ever retrospective of the life and work of Disney Legend Mel Shaw (1914–2012) — an artist and storyteller whose skills were in demand by the icons of Hollywood, from Orson Welles to Walt Disney. Shaw’s own life story as an artist, creative entrepreneur, and master horseman is as romantic and adventuresome as the animated stories he helped bring to life. The exhibition is guest-curated by Academy Award®-nominated producer Don Hahn (Beauty and the Beast, The Lion King, Maleficent).

This retrospective features more than 120 works, including caricature sketches, storyboards, and conceptual artwork from some of the most influential films of the twentieth century, stretching from Fantasia (1940) to The Lion King (1994). The exhibition also includes sculptures, oil paintings, ceramics, iconic toys, and artifacts documenting Shaw’s redesign of the character we now all recognize as Howdy Doody. Many of the objects in this exhibition will be on view for the first time.