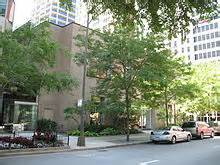 The Arts Club of Chicago

Adolescence is a recurring theme in Sharon Lockhart’s quarter century of filmmaking and photography. Lockhart has captured girls and boys at the edge of maturity, self-absorbed in isolated moments of daily life. With an incredible display of stillness and an attention to the awkwardness of adolescence, Lockhart has created images that oppose the stereotypical melodrama used to describe this phase of life. Drawn to the vulnerability and openness of children coming into their own, Lockhart has shown a unique ability to enter others’ lives, gain their trust and affection, and produce images free of judgment or preconception.

Lockhart will premiere her latest film, Rudzienko, at The Arts Club of Chicago. The film, along with related still photographs entitled When You’re Free You Run in the Dark, derives from her long-standing relationship with Milena, a girl she met during the making of another film, Podwórka, in Łódź in 2009. During the past two years, Lockhart organized summer retreats for a group of teenagers who lived with Milena in a girls’ home near Warsaw in the town of Rudzienko. Through exercises in movement, reenactment, dance, yoga, craft, cooking, writing, and performance, Lockhart encouraged the girls to bring forth their personal narratives.

Encouraged to respect her individuality, each girl in Lockhart’s film articulates desire in moving and original ways. Whether speaking about their fears, philosophies, or future prospects, reading a poem or enacting an imagined scenario, the girls consistently evidence a lack of self-consciousness that speaks to their deep bond with Lockhart. In turn, Lockhart caringly places the girls in situations that will instigate thoughtful reflection, bursts of energy, or quiet meditation, which Lockhart captures as crafted image–either still or moving.

Sharon Lockhart is an American artist who lives and works in Los Angeles, California. She received her BFA from the San Francisco Art Institute in 1991 and her MFA from the Art Center College of Design in 1993. She has been a Radcliffe Fellow, a Guggenheim Fellow, and a Rockefeller Fellow. Her films and photographic work have been widely exhibited at international film festivals and in museums, cultural institutions, and galleries in New York, San Francisco, Berlin, Paris, Brussels, Turin, Rio de Janeiro, and many more around the world.