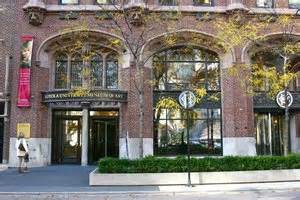 William Utermohlen: A Persistence of Memory

In 1995, William Utermohlen was diagnosed with Alzheimer’s disease. For the next seven years, Utermohlen continued to make art as the disease progressed. LUMA’s exhibition of over 100 works of art shows the impact of this debilitating disease on the artist’s creative output. During this last period of his life, although feeling increasingly isolated in verbal communication, Utermohlen continued to produce meaningful images of himself and his surroundings. Indeed, if one was not aware of the artist’s declining memory, one might perceive him as moving into a new body of work of increasing abstraction.

Significant research has been done on the impact of the visual and musical arts to improve self-esteem, increase attention span and reduce the feeling of isolation that is a normal occurrence as the disease progresses. The part of the brain responsible for creativity is one of the last affected despite the earlier loss of verbal communication.

The exhibition is held in conjunction with LUMA’s ilLUMAnations program that uses the arts to engage Alzheimer’s patients and their caregivers. The program is offered in partnership with Northwestern University’s Cognitive Neurology and Alzheimer’s Disease Center. Established as a pilot program in 2013, LUMA runs nine sessions a year in workshops that combine art, dance, or music with a social hour in which the participants discuss what they experienced.