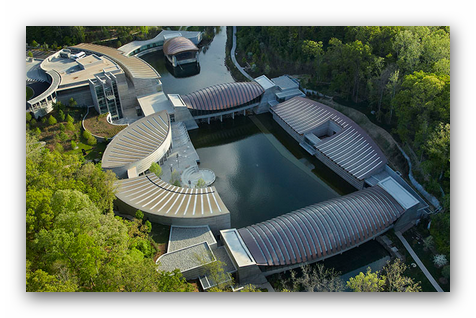 The Art of American Dance

Rhythm & Roots: Dance in American Art explores the influences, evolution, and distinct traditions of dance in America. The exhibition portrays dances throughout America's diverse community, from the sacred dances of indigenous North Americans, to Irish jigs, and Spanish flamencos. About 90 paintings, photographs, sculptures, and costumes relating to American dance from 1830 to 1960 will be on view.

The exhibition examines how dance moved to the public stage, showing new American dances, dance in the club, and artists’ historic fascination with and depiction of performers. Paintings in the exhibition feature iconic American dancers such as Isadora Duncan, Katherine Dunham, Fred Astaire, and Josephine Baker, as well as Spanish dancer Carmencita Dauset Moreno and Russian ballerina Anna Pavlova.

Rhythm & Roots also demonstrates the interaction between visual artists, dancers, and choreographers. Works on view show the collaboration between artists like Diego Rivera and Andy Warhol with dance companies such as the American Ballet.Video, music, and interactive spaces help bring dance and performance to life in the exhibition galleries.

Whether you go or not, the exhibition catalog,  Dance: American Art, 1830-1960, is a richly illustrated investigation of the visual arts related to American dance, offering an unprecedented, interdisciplinary overview of dance-inspired works from 1830 to 1960. Numerous essays by renowned historians of art and dance analyze the ways dance influenced many of America’s most prominent artists, including George Caleb Bingham, William Sidney Mount, Winslow Homer, John Singer Sargent, Cecilia Beaux, Isamu Noguchi, Aaron Douglas, Malvina Hoffman, Edward Steichen, Arthur Davies, William Johnson, and Joseph Cornell. Artists did not merely represent dance, they were inspired to think about how Americans move, present themselves to one another, and experience time. Their artwork, in turn, affords insights into the cultural, social, and political moments in which it was created. For some artists, dance informed even the way they applied paint to canvas, carved a sculpture, or framed a photograph.