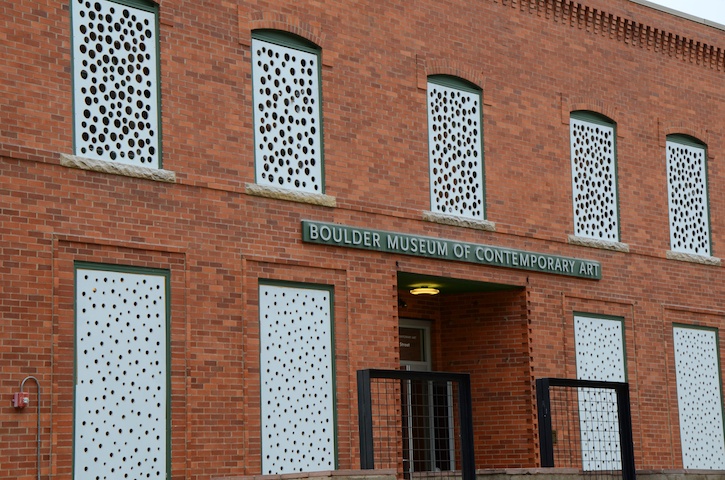 The inaugural BMoCA InsideOut, a sculpture by Dmitri Obergfell titled Go Home Bacchus (2016), marks the first new work of art on the site in more than a decade. For his project, Obergfell has created a 12-foot tall statue of the Greco-Roman god Bacchus, turned on its head and smattered it with paint. The work reflects on the complexities and histories of two forms of public communication, monuments and vandalism, and demonstrates how they have come together to establish a reflexive public discourse and aesthetic.

Monuments memorialize an idealized interpretation of a person, place, or event that has affected the trajectory of history. Generally constructed for permanence and representative of complex narratives, monuments can be oversimplified and dogmatic. As a result of monuments’ irrefutable nature, they are unable to adapt to changing socio-political landscapes and risk becoming symbols of outdated beliefs. Evidence of such can be seen in the toppling of Lenin statues after the 2014 Ukraine revolution, or the dismantling of the statue of Saddam Hussain by American forces during the 2003 invasion of Iraq, or the destruction of King Louis XV monuments in 18th-century Paris during the French Revolution. Such iconoclasm has occurred since the beginning of civilization. The highly visible and symbolic nature of monuments makes them magnets for vandalism. Vandalism is regarded as illegal activity, and, at the same time, as anonymous communication by the public. Vandalized monuments can be read as weathervanes of political currents, and fallen monuments can mark historic change.