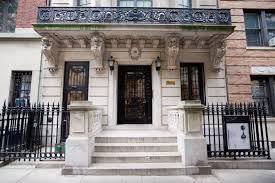 Frontier Shores: Collection, Entanglement, and the Manufacture of Identity in Oceania

“Indigenous peoples have the right to the dignity and diversity of their cultures, traditions, histories and aspirations which shall be appropriately reflected in education and public information.”  — 2007 United Nations Declaration on the Rights of Indigenous Peoples

Frontier Shores: Collection, Entanglement and the Manufacture of Identity in Oceania examines artifacts as the contested space of cross-cultural contact between European collectors and the native peoples of the region.

In the nineteenth and early twentieth centuries, the growing discipline of anthropology was both a powerful tool of colonial control and an ideological justification for it. As European empires and their commercial reach expanded, different populations became intertwined in relationships of exchange and power. Focusing on Oceania—the vast region encompassing Australia, New Zealand, New Guinea, and the tropical Pacific Islands — Frontier Shores explores how anthropology was used by colonial powers to justify and gain control over the resources and lives of the various native peoples, how collection both described and pacified the frontier, and how marginalized peoples adapted to, resisted, or otherwise exerted their own power and agency in the colonial context.

Thirty-nine objects, collected from the 1830s to the mid-twentieth century, demonstrate the richness of cultural contact in Oceania and the ways in which this material was often used to construct an imagined culture or tradition. A digital interactive available in the Gallery and online will explore the cultural makeup of this diverse region and plot many of the objects into a chronology of cultural contact.

Whether you go or not, the exhibition catalog, Frontier Shores: Collection, Entanglement, and the Manufacture of Identity in Oceania, focuses on Oceania—the vast region encompassing Australia, New Zealand, and the tropical Pacific Islands — to examine cross-cultural contact and the contest for power between indigenous and non-indigenous people. Many of Oceania’s peoples were perceived in mainstream European scientific thought as belonging to humanity’s lowest tiers. Although these notions have long since been discredited, this book traces their impact on the development of anthropology, colonial policy, and national identity.