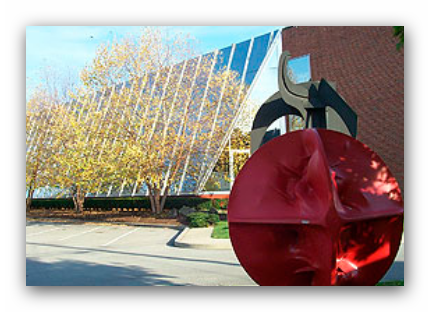 The seminal paintings of Paul Jenkins’ Chapel of Meditation are shown in conjunction with the exhibition On the Front Lines: Military Veterans at The Art Students League of New York. Chapel of Meditation is a non-denominational installation of four large works on canvas from the early 1970s by pre-eminent abstract painter Paul Jenkins (1923-2012). Employing an unorthodox approach to paint application, Jenkins is as much identified with the process of controlled paint-pouring and canvas manipulation as with the gem-like veils of transparent and translucent color which have characterized his work since the late 1950s.

Born and raised in Kansas City, Missouri in 1923, Paul Jenkins studied with Yasuo Kuniyoshi for four years at The Art Students League. He ultimately became associated with the Abstract Expressionists, inspired in part by the "cataclysmic challenge of Pollock and the total metaphysical consumption of Mark Tobey."  ... With an ongoing interest in Eastern religions and philosophy, the study of the Tao Te Ching and the I Ching, and the writings of Carl Gustav Jung, Jenkins turned toward inward reflection and mysticism, which dominated his aesthetic as well as his life. Chapel of Meditation offers a contemplative space in which the viewer becomes enveloped within the radiant light and veiled mists found in the artist’s work. A mysticism of the senses is indeed brought forth in these paintings by Jenkins, who uses the nonrepresentational to demonstrate the priority of the metaphysical — in life, as well as art. Paul Jenkins believed a work has “to be a world, not a thing.”

In his text Thresholds of Color, Jonathan Goodman writes: “The Chapel of Meditation paintings thus convey an intention of high seriousness that argues for a spiritual life in ways that impart knowledge that lies beyond the abilities of words and is understood by silent intuition. […] The four paintings here that make up a specific aspect of Jenkins’ contemplative vision cannot be called empty oratory; instead, their tenacious pursuit of the artist’s vision should be read as a challenge to us all: to see with more than our actual eyes.”