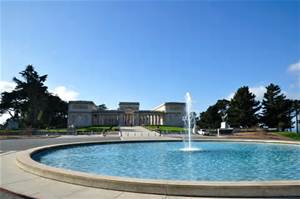 The Future of the Past: Mummies and Medicine

Ancient Egypt meets modern medicine in this exhibition that makes use of state-of-the-art scientific techniques to explore two of the Fine Arts Museums’ mummies. An interdisciplinary team of scientists, Egyptologists, physicians, and museum curators and conservators has learned more about how these embalmed individuals lived, died, and were prepared for eternity.

Rebecca Fahrig and Kerstin Müller of Stanford University Medical School’s department of radiology have conducted high-resolution, three-dimensional computed tomography (CT) scans of the mummies, revealing long-held secrets. The resulting data have been studied by Jonathan Elias of the Akhmim Mummy Studies Consortium, who offered much of the interpretation seen in the exhibition.

One of the mummies investigated is that of Irethorrou, a priest from an important family living in Akhmim in middle Egypt about 2,600 years ago. The Future of the Past includes information that has been gleaned about Irethorrou’s lifestyle, the society in which he lived, his religion, and the funerary beliefs of his time. The second mummy, perhaps 500 years older, is that of a woman traditionally known as “Hatason.” Neither her mummy nor her coffin has fared as well as those of Irethorrou, and they present a stark contrast to Irethorrou’s perfectly preserved body.