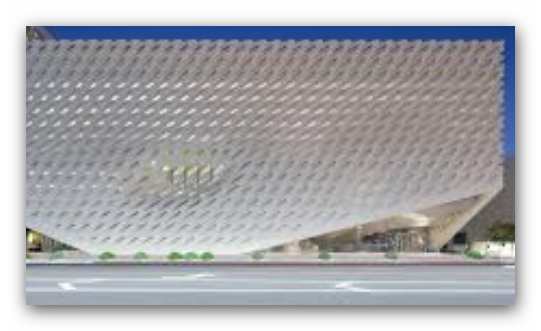 "Most well-known for photographs that feature the artist as her own model playing out media-influenced female stereotypes in a range of personas, environments, and guises, Sherman shoots alone in her studio, serving as director, photographer, make-up artist, hairstylist, and subject. Her decades-long performative practice has produced many of contemporary art’s most iconic and influential images. In her work, Sherman proposes powerful questions about identity, representation, and the role of images in contemporary culture. From screen siren and pin-up to socialite and businesswoman, the roles Sherman depicts through her monumental body of work provocatively engage with contemporary life’s mediated personas and stereotypes, drawing not only from art history but also from the histories of advertising, cinema, and media. “She is one of the most important artists of our time, with a body of work that exemplifies the Pictures Generation—artists whose work came to fruition in the age of the proliferation of mass media imagery in the ‘80s, which is relevant to today’s image-saturated world,” said Kaiser.

Organized by guest curator Philipp Kaiser, and taking cues from Los Angeles’ role as the mecca of the film industry, this exhibition will foreground Cindy Sherman's engagement with 20th century popular film and celebrity. The exhibition will feature an expansive representation of Sherman’s photographs from throughout her influential career of more than four decades, as well as Office Killer, the 1997 feature film directed by the artist. Her widely known film stills series, as well as the less known rear projection series, both inspired by cinema of the 1950s and 1960s, play a central conceptual role in the show, and the show will include many works never before exhibited in Los Angeles.

Whether you go or not, the exhibition catalog, Cindy Sherman: Imitation of Life, encompasses the full scope of Cindy Sherman’s career, with a special focus on the cinematic quality of her oeuvre. Known for slipping seamlessly behind the rotating masks of fairy tale characters, centerfold models, historical figures, and clowns, Cindy Sherman tackles popular tropes in her photographs and brilliantly dismantles the stereotypes surrounding the roles she embodies. Featuring illustrations that draw from the Broad collection, the world’s largest collection of Sherman’s photography, as well as other sources, this book traces Sherman’s most important works from 1977 to the present. Curator Philipp Kaiser, taking his cue from Sherman’s choice to title the book and exhibition after Douglas Sirk’s 1959 film Imitation of Life, analyzes Sherman’s work from the standpoint of cinema and traces how such a reading can impact the critical discourse around her photographs. The book also features a fascinating conversation between director Sofia Coppola and Cindy Sherman, which centers on Sherman’s use of filmic techniques to examine women’s roles and identities across a wide array of popular representations. This generously illustrated volume offers readers an intriguing new perspective from which to understand one of today’s most important photographers.