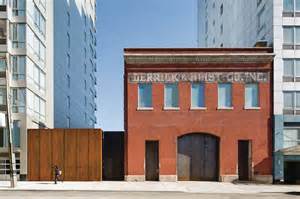 Untitled (Structures) (2012) is a two-channel film installation inspired by an archive of civil rights-era photographs housed at the Menil Collection in Houston. Originally commissioned by the Menil Collection, the Des Moines Art Center, and the Museum of Contemporary Art Chicago, Untitled (Structures) presents a series of silent vignettes shot at locations in Chicago, Memphis, and the Arkansas Delta; places that were profoundly impacted by the Great Migration and by the civil rights movement.

The installation poses critical questions of the historicity of the archive and photojournalistic modes. Hewitt and Young's close examination of such matters through the exploration of architecture, still photography, and body memory, move away from nostalgia and re-enactment as conventions. Through the assertion of the work's contemporaneity, Hewitt and Young's project explores temporality, exposing the tension between still photography and the cinematic experiences of moving images, between the past and the present, between the physical and the psychological. A new film installation, Stills (2015), incorporating footage from their shoots (2010–2012) will debut which furthers Hewitt and Young's nuanced and structural approach. ...

Hewitt's installation Untitled (Where Paths Meet, Turn Away, Then Align Again) (2012) is a series of steel sculptures presented alongside photolithographs. These white industrially made sculptures echo architectural forms and fragments inviting viewers to consider alternate perspectives and orientations in space. The photolithographs are prints representing small details of historic photographs. The process of photolithography is most often associated with the production of circuit boards and microprocessors. Hewitt's use of the process produces ravishing prints that generate a tension between light and shadow, positive and negative space, but also between pattern, surface, and the representational image.