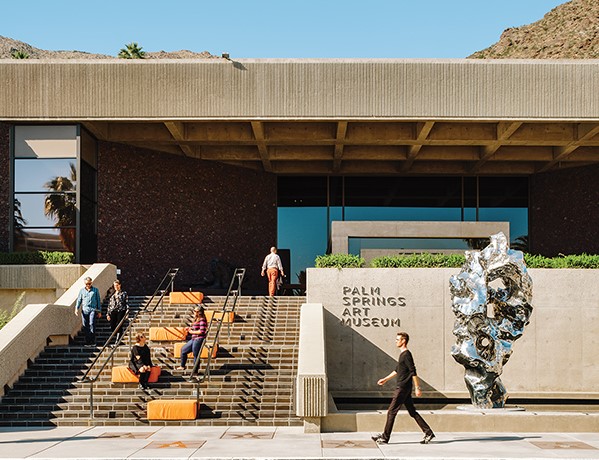 The Weiner Family Collection, with its singular emphasis on great sculpture, is one of the most important collections of modern art ever assembled in the Southwest. Since 1969 when the Palm Springs Desert Museum (as it was then named) presented an exhibition drawn from its holdings, most of the collection has resided at Palm Springs Art Museum as both loans and gifts. An early donation by Ted and Lucile Weiner of Marino Marini’s The Warrior, which still graces the museum’s front entrance, was followed by gifts from their daughter Gwendolyn of such masterpieces as Henry Moore’s Two Piece Reclining Figure No. 3, Marc Chagall’s The Village, Alexander Calder’s The Lizard, and other icons of modern art. The collection now represents the foundation of the museum’s installations and a fundamental element in its identity as a great muse.

Passionate Eye: The Weiner Family Collection offers a fresh focus on this famous cultural asset. Comprised of sixty-one sculptures, paintings, and prints, it represents the largest survey of the collection and includes numerous works new to our museum. The installation includes a video interview of Gwendolyn Weiner by Dr. Nash and a video on the Weiner family legacy. A major feature of this project is the expanded knowledge it provides about the man behind the collection – Ted Weiner, a self-made oil magnate who discovered modern art midway through life, became a highly knowledgeable collector. His is a story of personal fortitude, business acumen, and deeply felt passion.

Among the well-known works on view are multiple sculptures by Pablo Picasso, Henry Moore, Marino Marini, and Jacques Lipchitz, and individual masterworks by Amedeo Modigliani, Jean Arp, and Isamu Noguchi. Included in the works rarely or never before seen at our museum are important sculptures by Aristide Maillol, Giacomo Manzu, Georg Kolbe, and Eduardo Paolozzi.

The exhibition is accompanied by a fully illustrated catalog available for purchase in the Bradford W. Bates Vault: The Museum Design Store, and the Museum Store. Authored by Dr. Steven A. Nash and based on extensive research in the Weiner family archives, it is the first comprehensive scholarly study ever focused on the collection and brings to light a great deal of new information on individual works as well as the remarkable story of the collection’s growth and early history.