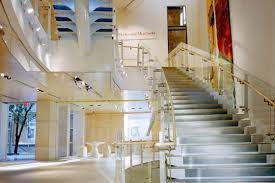 Realism and Spirituality in the Sculpture of Japan

The magnificent sculpture of the Kamakura period (1185–1333) has long been considered a high point in the history of Japanese art. Stylistic and technical innovations led to sculpture that displayed greater realism than ever before. Sculptors began signing their works, allowing us to trace the development of individual and workshop styles that influenced later generations for centuries. Religious developments—often combinations of traditional and new practices—brought devotees into closer proximity with the deities they worshipped.

The icons in this exhibition commanded the faith of passionate devotees, some of whom hoped to gain merit from the making of a Buddhist image, to ensure salvation in the afterlife, or to obtain tangible benefits in this life. Others aimed to achieve ultimate awakening through ritual unification with the deity represented by the icon. In their original contexts these powerful icons were “real presences,” brought to life by their naturalistic form, ritual activation, and sacred interior contents. (…)

Despite the brevity of this historical period, it had a lasting impact on the political, artistic, and religious legacy of Japan. Shoguns and warlords were the dominant rulers up until the mid-nineteenth century. Even in the eighteenth century, sculptors proudly traced their artistic lineages back to early Kamakura master sculptors, while religious movements established during the period continue to be some of the most popular forms of Buddhism practiced in Japan today.

Whether you go or not, the exhibition catalog  Kamakura: Realism and Spirituality in the Sculpture of Japan  explores the art of the Kamakura period (1185–1333), is considered a pinnacle of Japanese artistic expression and often described as a renaissance in Buddhist art. This catalogue is the first in over two decades to examine the exquisite sculpture of this period, artwork characterized by an intense corporeal presence, naturalistic proportions, a sense of movement, realistic drapery, and lifelike facial expressions animated by eyes made of inlaid crystal. Essays by noted scholars explore the sculptures’ arresting exteriors and powerful interiors, examining the technical and stylistic innovations that made them possible, and offering new context for their ritual and devotional uses.