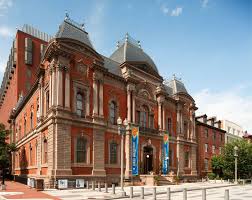 During a career spanning more than sixty years, June Schwarcz (1918-2015) established herself as the foremost enamellist in the country, known for her innovatively-designed vessels. She quickly mastered the craft from her first work in the 1950s and begin to push the envelope of what was thought possible in this ancient medium. Schwarcz was remarkably productive throughout her career, working up until her death at ninety-seven.

Her vessels defy geometric categorization, each one different from the last but all maintaining her distinctive playful combinations of texture and color. Her work was influenced by a multitude of sources from Japanese ceramics and designer clothes, Scandinavian design, and the California arts and crafts movement. The shapes are torn and twisted, earning her the unofficial moniker “the Voulkos of enameling.”

In this first retrospective spanning the entirety of her career, June Schwarcz will feature seminal works and those from the artist’s personal collection, including works never seen before in public.

If you go or no, June Schwarcz: Forty Years / Forty Pieces will introduce you to the innovative work accomplished by June Schwarcz by her 8th decade of her life.