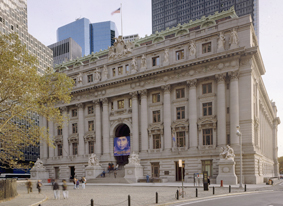 Narrative Art of the Plains

Unbound: Narrative Art of the Plains reflects the dynamic tradition of narrative art among Native nations from the Great Plains. The exhibition traces the evolution of the art form from historic hides, muslins, and ledger books to more than 50 contemporary works commissioned by the museum. Illustrating everything from war deeds and ceremonial events to notions of modernity and identity, the selected artworks are as diverse as the individuals who created them.

Curated by Emil Her Many Horses (Oglala Lakota), Unbound features historic masterworks from the museum's collections by fourteen artists—11 of them known by name -- and also unveils new works commissioned by the museum exclusively for Unbound from 16 contemporary artists.

If you go or no, Ledger Narratives: The Plains Indian Drawings in the Mark Lansburgh Collection at Dartmouth College is the largest known collection of ledger art ever acquired by one individual. More than 140 drawings are catalogued in this volume which presents in full color the Lansburgh collection in its entirety, plus seven new essays that suggest some of the many stories the drawings contain and that look at them from innovative perspectives. The Plains peoples created the genre known as ledger art in the mid-19th century. Before that time, these Indians had chronicled the heroic achievements of their warriors and chiefs on rock, buffalo robes, and tipi covers. As they came into increasing contact with American traders, the artists recorded their experiences in pencil and crayon drawings on paper bound in ledger or account books.